Alessio Marziali Peretti is a PhD candidate in Littératures de langue française at the Université de Montréal. His research explores the late thirteenth-century Genoese manuscripts of the Histoire ancienne jusqu’à César and the Faits des Romains. Alessio was awarded one of two TVOF bursaries for graduate students in order to attend the conference. 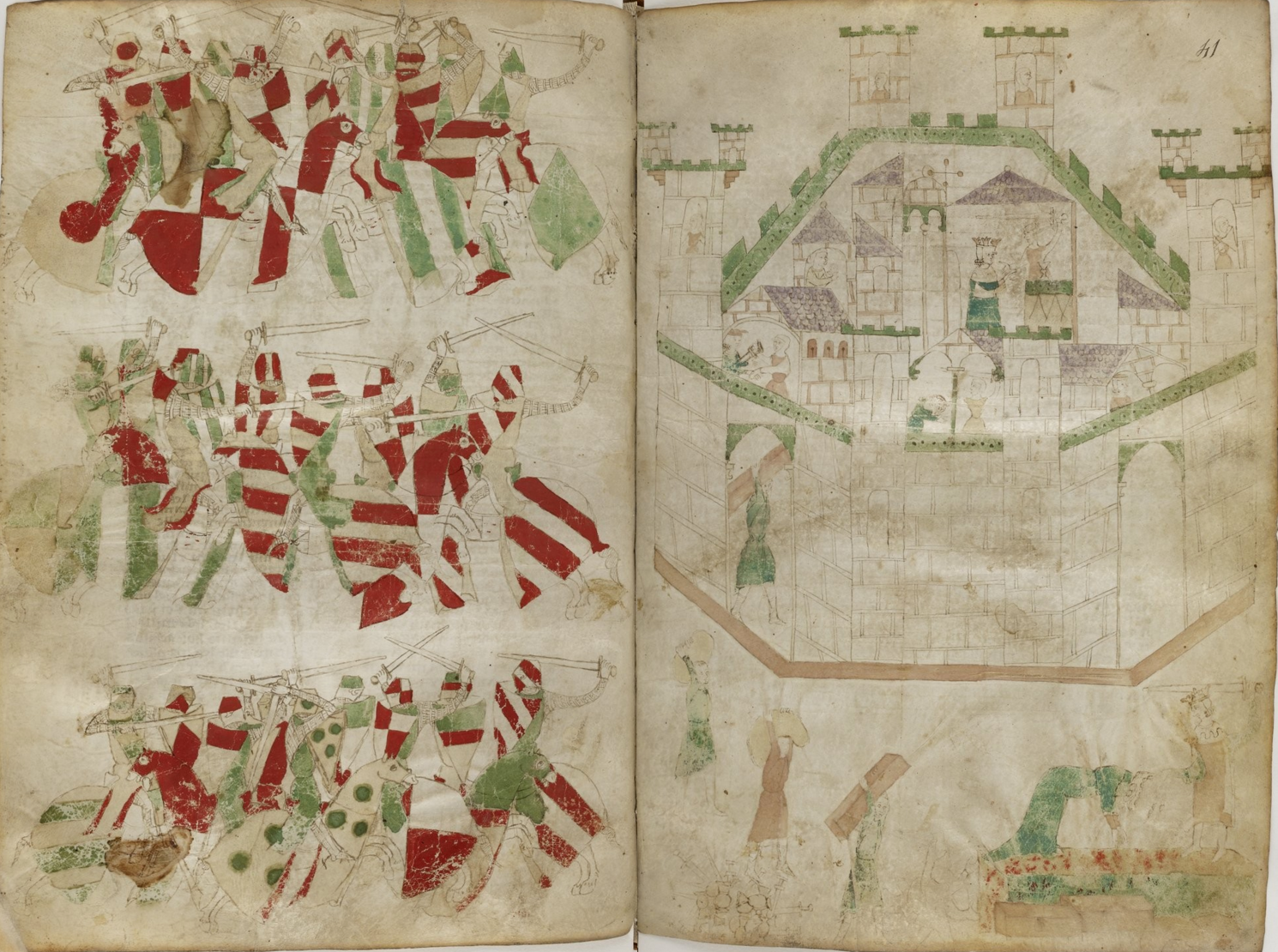 Genoa was one of the main powers in the Mediterranean Sea in the 13th century. Its military and commercial control grew even more powerful after the battle of Meloria in 1284, when the fleet of the city defeated one of its main enemies, Pisa. Many Pisans were taken prisoner by the Genoese and were not able to leave the city for years. The last prisoners returned to Pisa only in 1299. During these 15 years, some of the Pisan prisoners joined a manuscript workshop and participated in copying and decorating French and Latin codices. This so-called ‘Pisano-Genoese’ centre of manuscript production had a key role in the circulation of famous French texts in Italy, such as the Lancelot, Tristan and Guiron romances in prose and other medieval best-sellers (see also Maria Teresa Rachetta's blog post on the topic).

Among the Pisano-Genoese manuscripts, we can also find some illuminated copies of the Histoire ancienne jusqu’à César and the Faits des Romains (composed between 1213 and 1214 in the Île-de-France, recounting the life of Julius Caesar). These two prose texts represent the main historical works copied by the prisoners. Why were they copied in Genoa? Who was the audience? Did the scribes modify the historical texts for the audience and how? How do the illuminations contribute to the interpretation of the texts? These are some of the questions I am trying to answer in my research.

The Values of French project is exploring some of the themes closely related to my research. This is the reason why I attended the conference entitled ‘Narrating history across languages in medieval Europe’, that took place at King’s College London on June 14–15 2019. It was a very important occasion for me to listen and talk to some of the main specialists in the fields of medieval historical narration. So, I would like to express my gratitude to the TVOF team for their hospitality.

Several papers presented at the conference concerned medieval historical works written and copied in multilingual and multicultural contexts. For instance, Serena Ferente, from King’s College London, took into account a complex ‘colonial’ setting at the crossroads of several languages, in which she explored some religious elements. Ferente’s paper focused on a Latin text called Ogdoas, written in the 15th century by the Piedmontese Alberto Alfieri in the Genoese colony of Caffa, on the Black Sea, now in modern-day Crimea. The central subject of her paper was the version of the legend of the Wandering Jew contained in the Ogdoas. The Wandering Jew, a legendary figure of a Jew present at the Crucifixion of Christ who wanders the world to testify to this event, is a myth that dates back to the 13th century. His story spread all over Europe with many different variations and this Ogdoas version has unique characteristics connected to the Genoese colonial context and to the peculiar intersection there of cultures, languages and traditions. 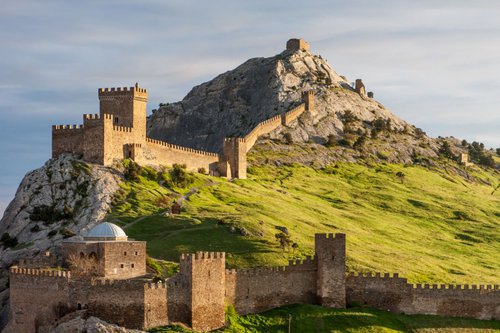 Simon Gaunt (see his powerpoint here) also focused on a ‘colonial’ settlement, but this time about the Histoire ancienne jusqu’à César. In the section of this work devoted to biblical history, a group of the manuscripts of the Histore ancienne are particularly concerned about the status of the French language. Sometimes they refer to French as a common language, as ‘our most used language’ (en nos plus usé language). All these manuscripts were copied (or derived from manuscripts copied) in the Latin Kingdoms of the Holy Land, founded after the First Crusade. The population of these kingdoms was composed of French, Occitan, Genoese, Pisan, and other Italian speakers, who generally used French as an ‘international’ language. Therefore, Gaunt argues, this particular status of French in the Holy Land manuscripts was not only a correct perception of the role of this language (spoken all over Europe, in France, Italy, England...), but above all a real condition of everyday life in the Holy Land.

Also presenting was Rosa M. Rodríguez Porto who chose to analyse the connection between multilingual contexts and another kind of language, the visual. She observed how the presence of illuminations in historical manuscripts seems to originate in geographical regions which had a higher coexistence of different languages. Rodriguez Porto showed that as the Histoire ancienne was illuminated in different areas of language and cultural contact (Holy Land, Genoa, Naples) and how this contact is visible also in the illuminations. This is the case with the well-known manuscript London, British Library, Add. 15268, copied at Saint-Jean-d’Acre andcurrently on display at the British Library. On the first folio, before the beginning of the Histoire ancienne, a full page is illuminated with the days of the creation: God is represented in a Byzantine hieratic position from the creation of light to Adam and Eve. The structure of the page, in eight medallions, shows oriental influences and is not usual in western European illumination. But the more evident oriental influence on the illumination of this folio are the people represented in the top of the frame: they wear turbans and are sitting in an oriental way, on the floor with their legs crossed.

Other fascinating papers also focused on multilingual and multicultural contexts too, such as Sicily or Majorca. They were all very interesting and useful to our understanding of different characteristics of historical writing and reception during the Middle Ages. The fact that the conference explored not only works in one language but in different languages and different areas made it possible for the attendees to cross traditions and see recurrent themes.

With regards to my own research, the conference was very rich in avenues to explore further in my manuscripts and texts. My manuscripts of the Faits des Romains contain other historical works translated into French from Latin, and probably in Italy and not in France. These movements between languages clearly had a role in the spread of historical works in medieval Europe.