In this guest blog, Johannes Junge Ruhland and Benjamin Woodworth, MA students at King's College London, talk about the workshop on the Histoire ancienne jusqu'à César organised by TVOF. They provide an account of the presentations and reflect on what they learnt from them.

On 23rd and 24th March, over thirty scholars met at King’s College London for a workshop organised by TVOF and based around several aspects of the Histoire ancienne jusqu’à César. In six sessions over the course of two days the attendees, all experts in one aspect or another of the Histoire ancienne, discussed topics ranging from the illuminations of various manuscripts to the problems around establishing a stemma. The workshop was remarkable not only in the concentration of experts on the Histoire ancienne but also in the quality of the engagements between scholars across specialisations. It seems to us that this intellectual cross-pollination will bear fruit in the ever-expanding scholarship around the texts and that the collaborative spirit of these sessions will no doubt lead to further avenues for research. 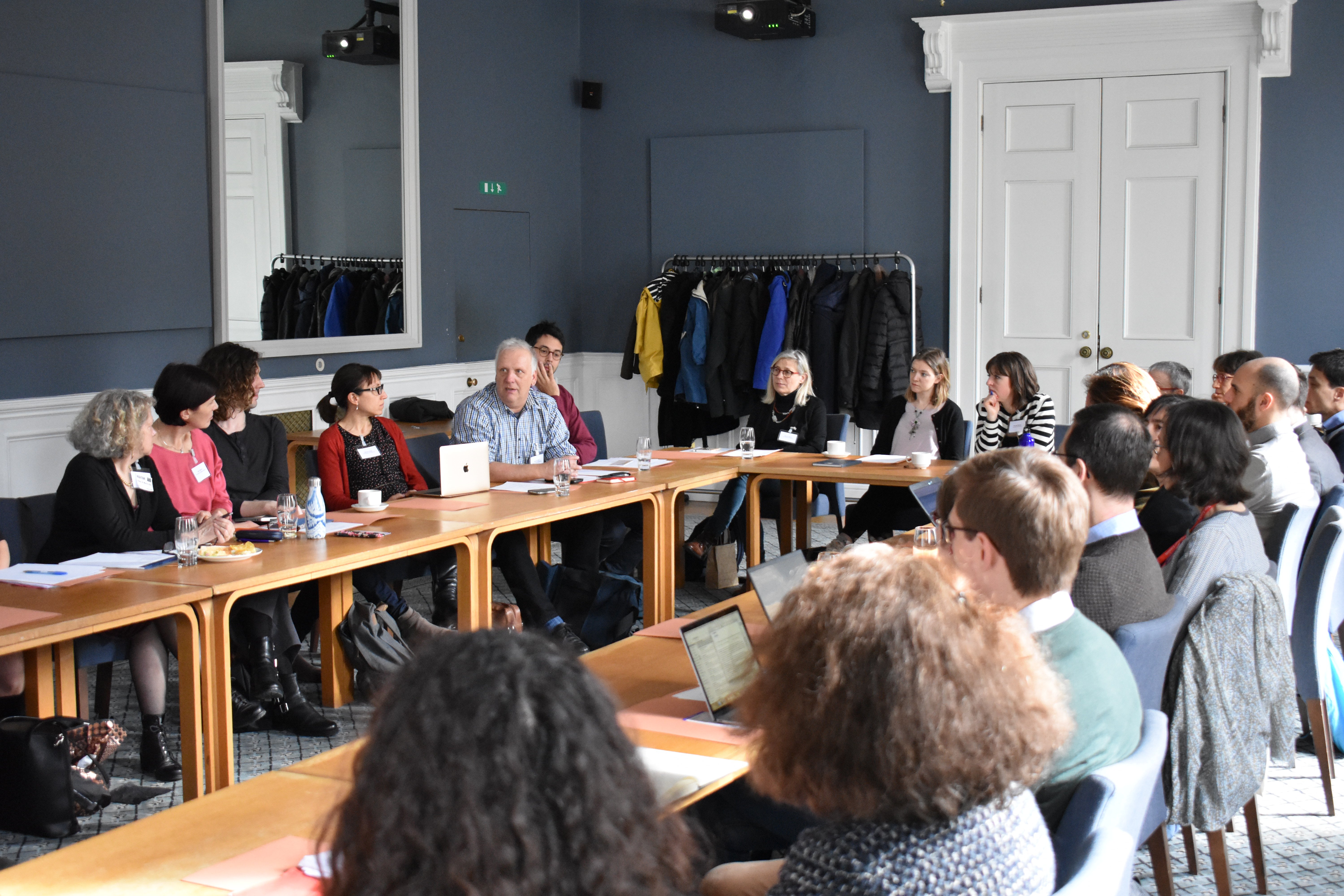 Friday began with a session on the language(s) of the Histoire ancienne in which Fabio Zinelli and Simone Ventura discussed the use of French as a trans-regional language in different manuscripts. This session explored how variations in the language (spelling, syntax, lexicon, etc.) contribute to our understanding of the circulation of the text across space and time. 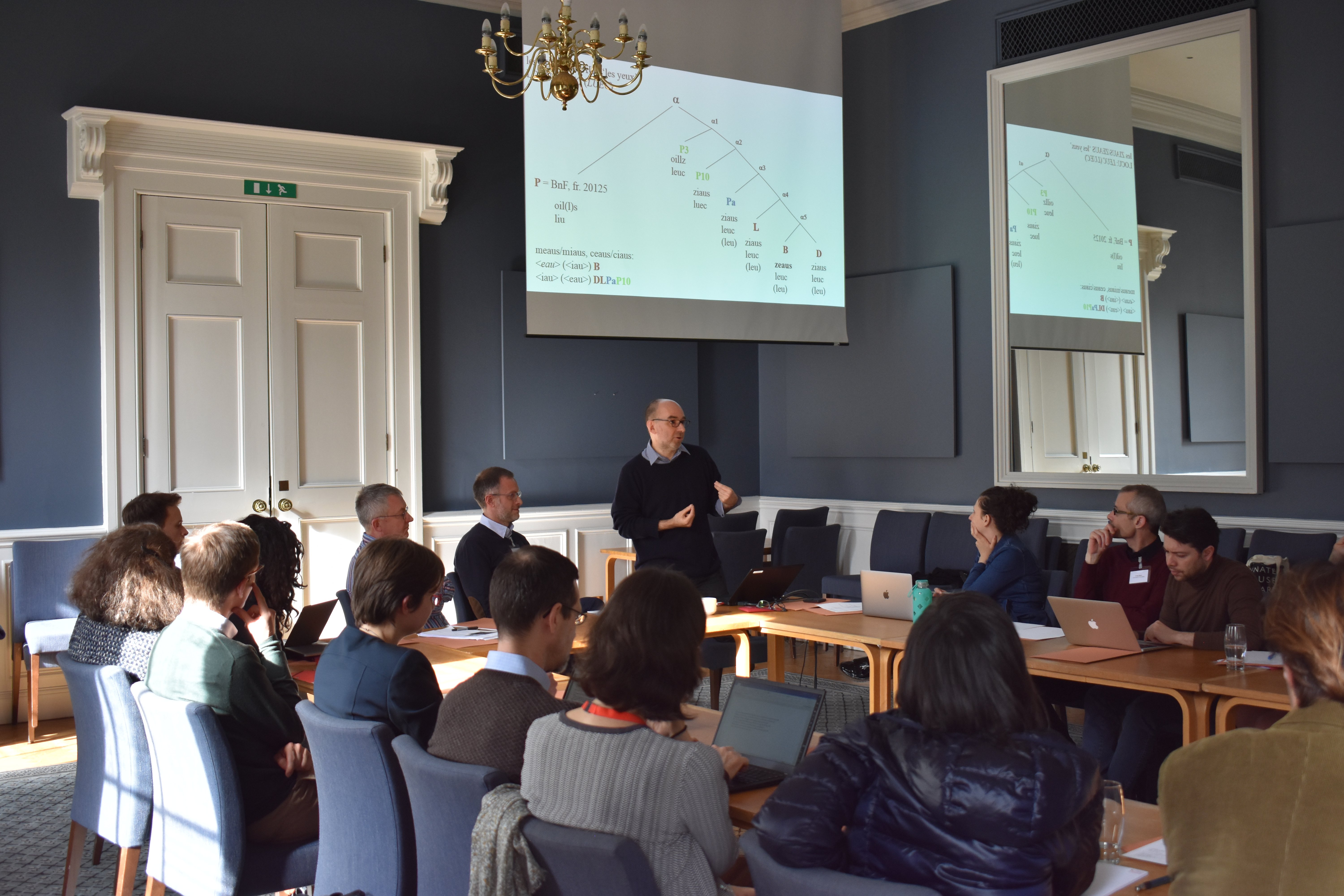 The second session of the day dealt with how the source materials were assembled into some kind of coherent whole. Maria Teresa Rachetta discussed how the overall structure of the compilation is based on the rearrangement of materials directly translated from Orosius and that the other sources were then interpolated into this overarching structure. Catherine Gaullier-Bougassas focused on the material concerning the history of Macedonia and Alexander the Great. She made the point that there is an absence of self-reflexive discourse on the act of compilation, even if a moralising voice can clearly be discerned. Francesco Montorsi dealt with the issue of the reuse of textual material that complicates the notion of a direct source for the historical data incorporated into the Histoire ancienne. 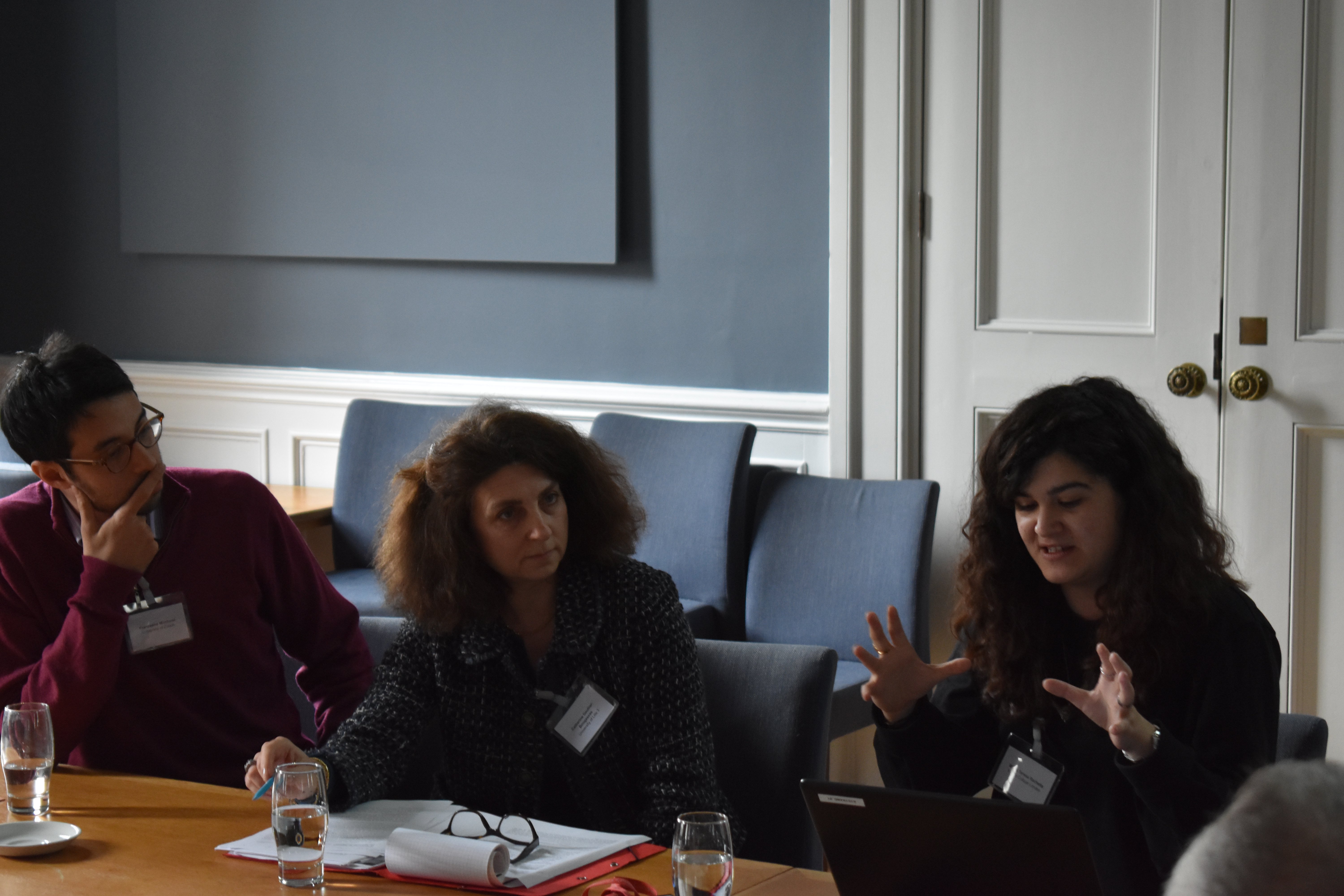 Saturday was a full day of sessions, starting with one on the narrative strategies involved in writing history. Michelle Szkilnik focused on digressions from the main historical narrative and the depiction of natural disasters. She argued that digressions allowed the author to slow down the pace of the narrative and also to insert knowledge into the historical sequence. Nicola Morato chose the moments of silence in the text as his subject, discussing the author’s tendency to omit certain information in order to provide rhythm and structure. By virtue of such 'selective' inclusion, the author organises his material and divides it into more digestible units of knowledge, and in this sense selection fulfils an important didactic function. Henry Ravenhall studied the ratios of direct to indirect discourse between different sections and the first two redactions of the Histoire ancienne. He argued that reported speech could disrupt the linear temporality of the narrative (and instead gesture toward an 'unreal' or counterfactual history), and pointed out differences in the strategies of reported discourse between BnF MS fr. 20125 and BL MS Royal 20 D I. 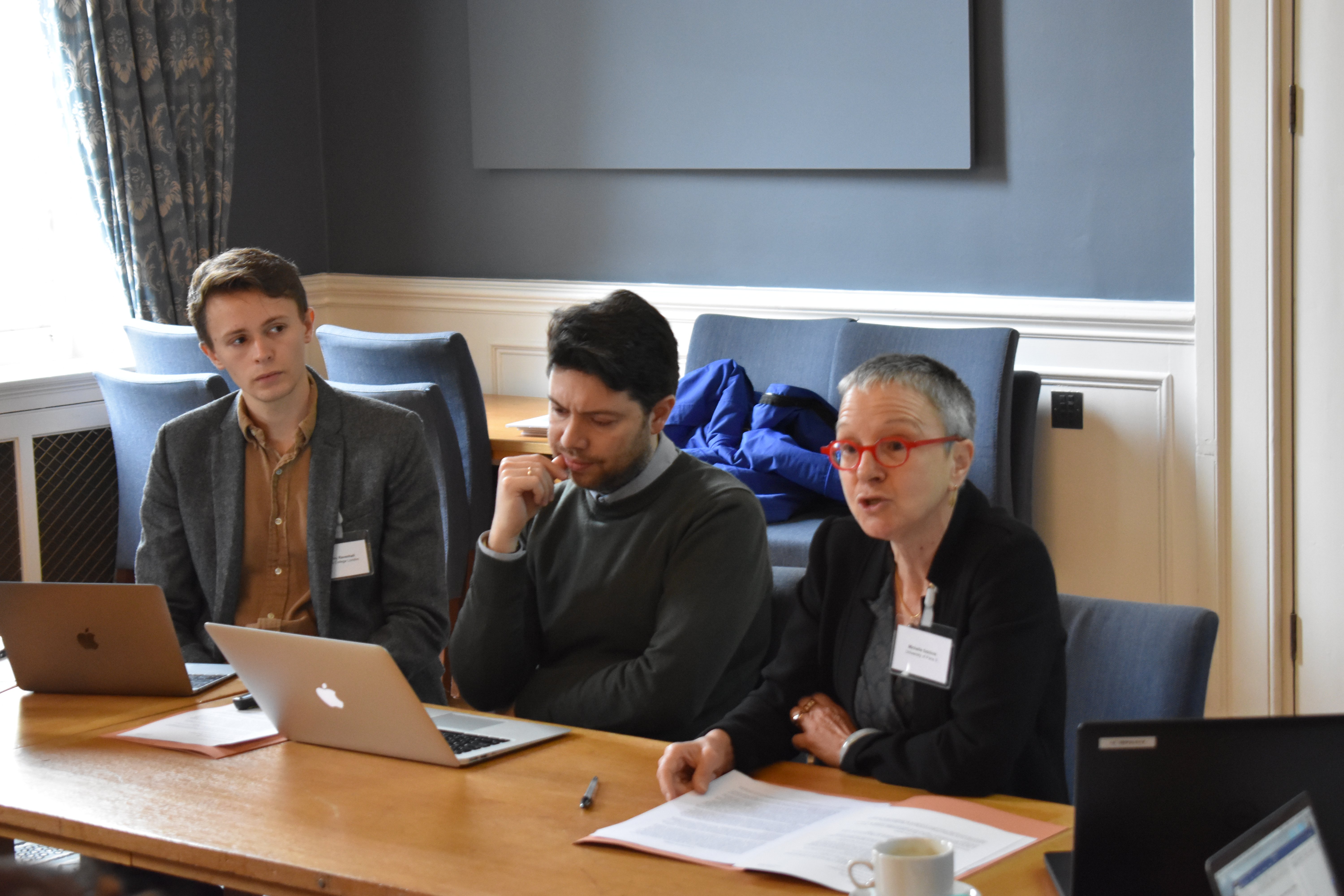 In the subsequent session on the editions of the Histoire ancienne, Craig Baker provided a detailed critique of the existing stemmata, explained how the current accounts of manuscript transmission came to be, and highlighted what should be amended moving forward. Anne Rochebouet addressed the challenge of editing a massive manuscript family (88+1 MSS for the first redaction) and examined the implications of editing the text as a whole or only in sections. She showed how the differences in the mise-en-page across the tradition suggested alternative conceptions of how to divide the text into sections. Hannah Morcos discussed how the 'born-digital' approach employed by TVOF provides a valuable resource for the analysis of manuscript data, such as in the identification of verse in 20125 and Royal. 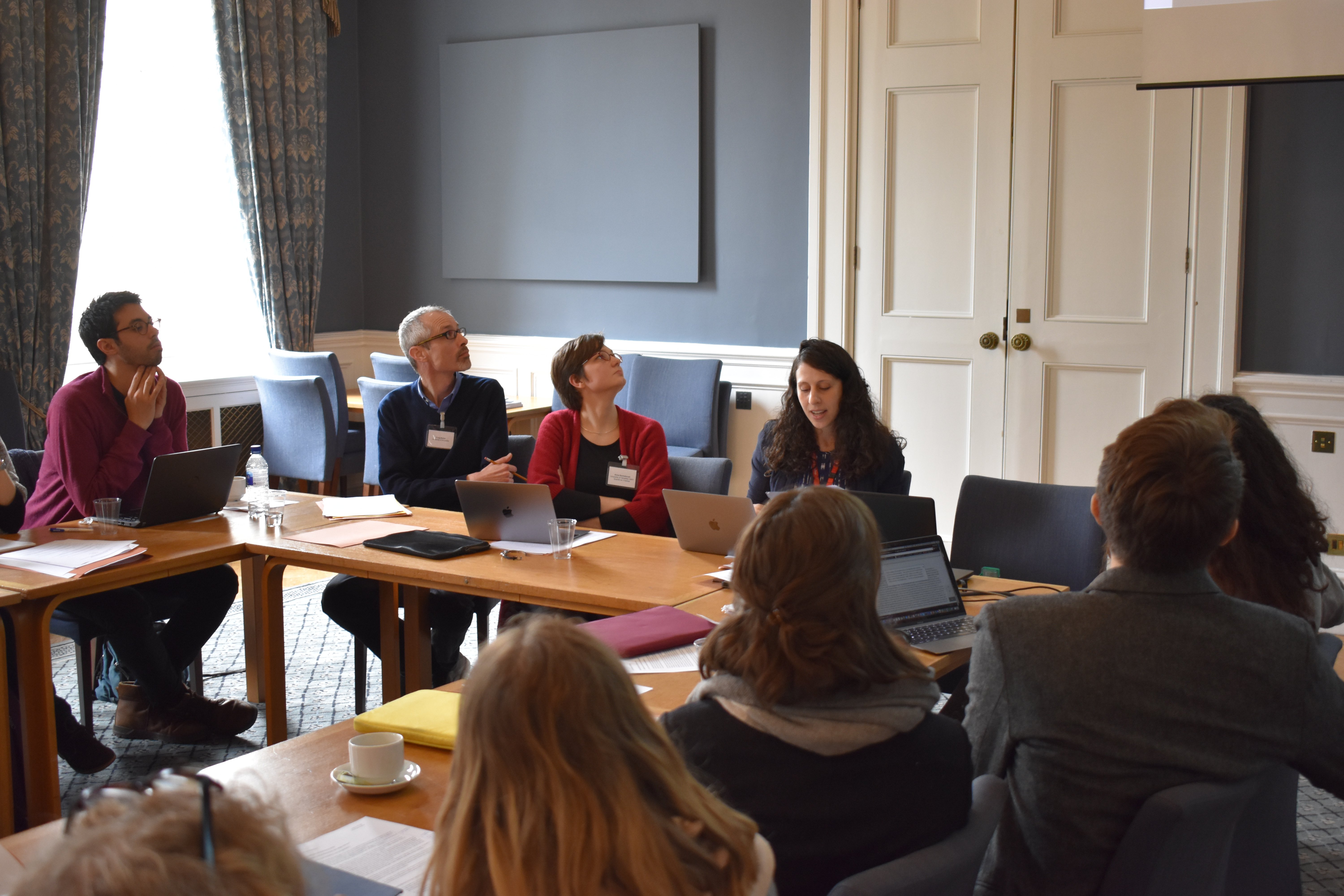 Saturday afternoon began with Catherine Croizy-Naquet’s discussion of the three different redactions of the Histoire ancienne. She considered how their differing treatments of source materials and employment of narrative styles pointed towards 'variable' forms of historiography. With a change of focus to the Italian peninsula, Matteo Cambi and Luca di Sabatino looked at the Italian translations of the Histoire ancienne (the former looking at two later translations composed in the Veneto, and the latter concentrating on texts made around Genoa and Tuscany). These two talks led to stimulating discussion about the contexts in which these translations were commissioned, and to reflection on the potential points of contact between the French and Italian versions. 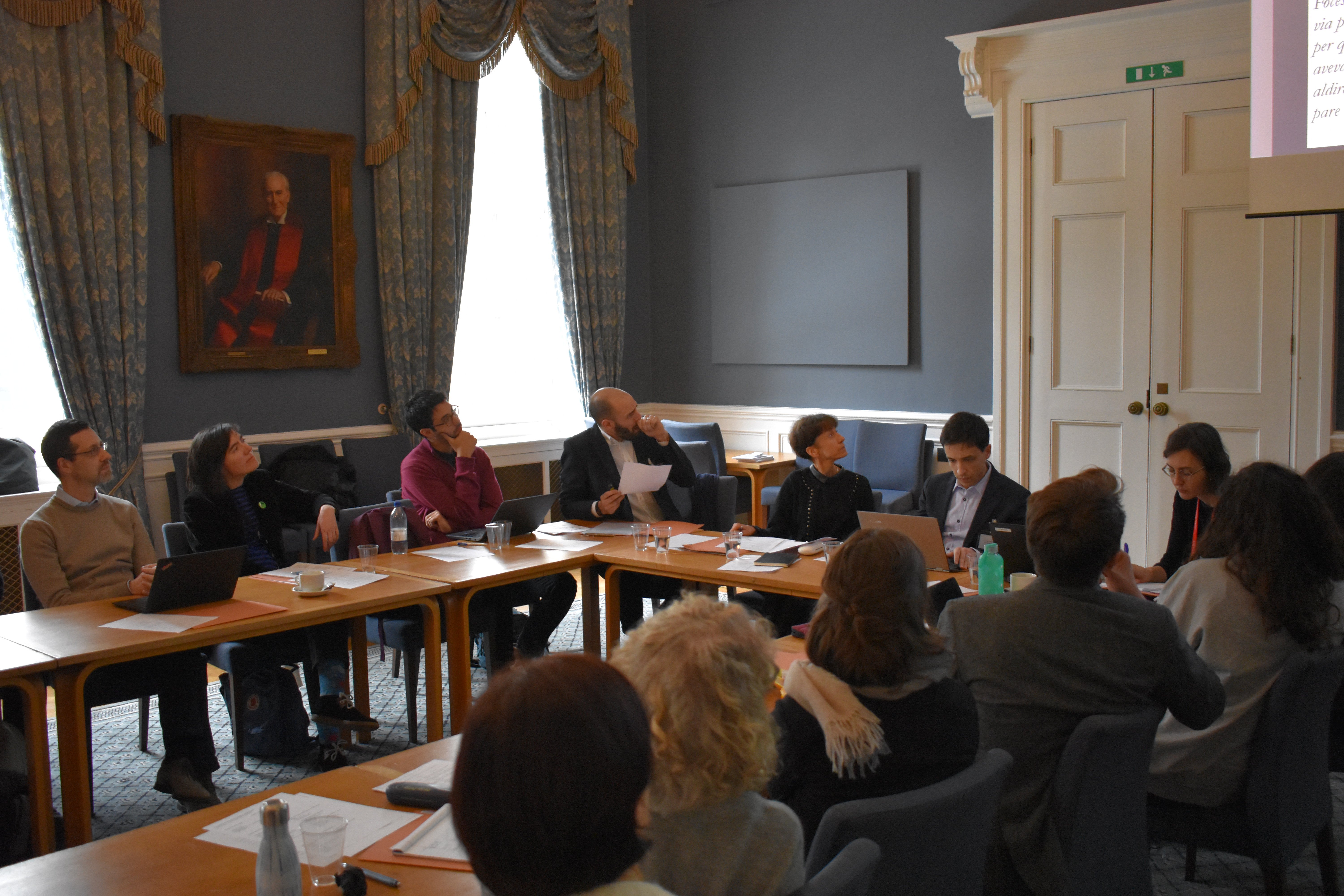 The final session treated various topics surrounding the performance of the Histoire ancienne (taking 'performance' in its various meanings). Simon Gaunt discussed how the narrator of the Histoire ancienne intervenes frequently in the text to establish the authority of the narrative voice. Of the two redactions, the second (as found in the Royal manuscript) suppresses many of these interventions. Across several manuscripts the text is reframed as a visual or an aural experience correlating with the presence or absence of illumination. The TVOF online editions take into account these narratorial interventions and make these easily searchable in the two redactions. Rosa Rodriguez Porto commented on the different styles of manuscript illumination and linked these to the transmission of the Histoire ancienne. Her analysis of the visual connections between different manuscripts showed the importance of considering the images in establishing the contours of the tradition. Marilynn Desmond discussed the visual agenda of various redactions of the Histoire ancienne and the manner in which images provide a narrative of their own and can be read separately, but also in conjunction with the text to contribute to a more nuanced understanding of the text’s historical background. 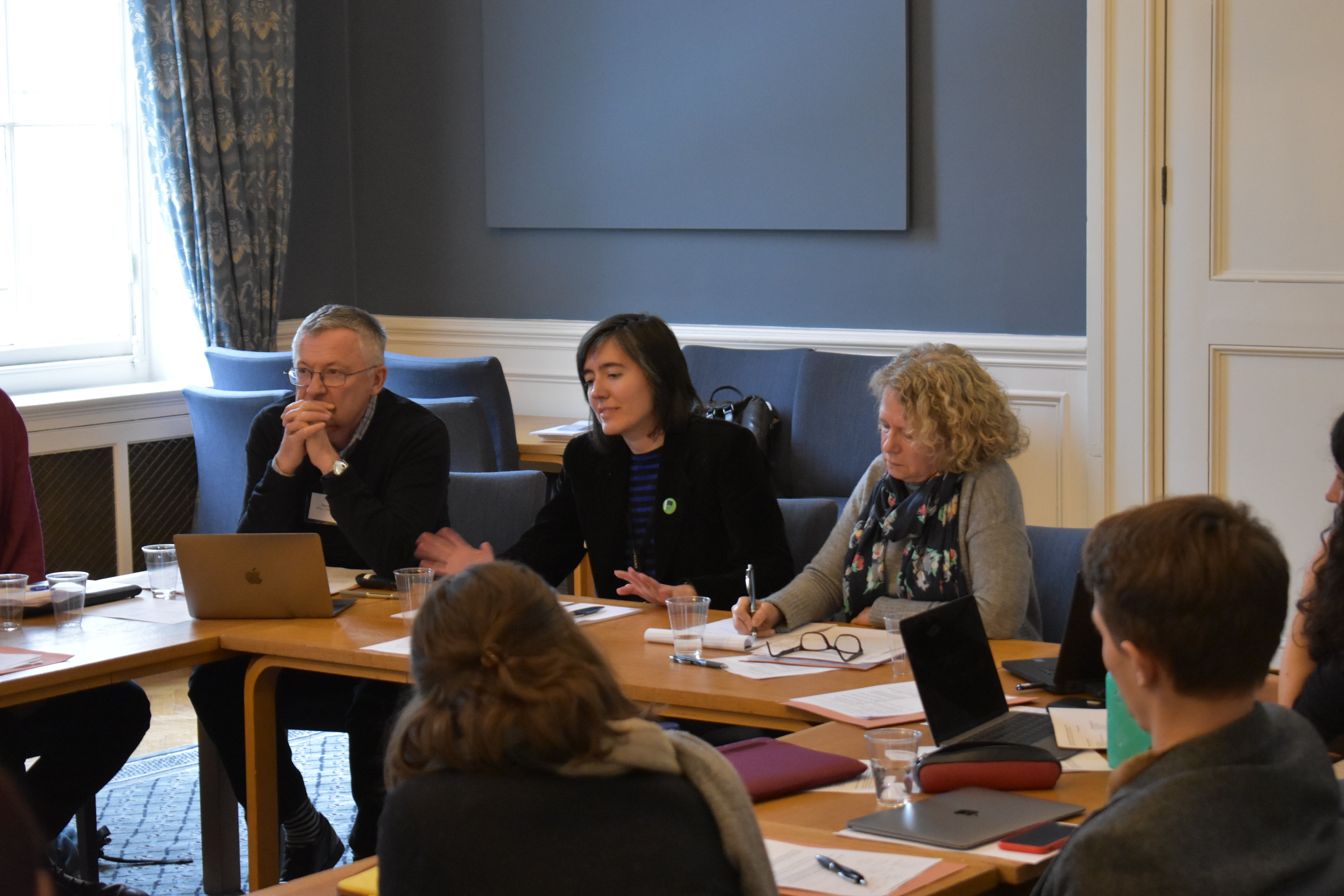 Throughout the workshop, participants were able to learn from one another through lively discussions and thoughtful engagement with their colleagues' ideas. They also learnt more about how to make use of the TVOF online editions for the study of the manuscripts of the Histoire ancienne. This platform makes the texts themselves available for anyone interested, as well as making possible a deeper analysis of textual metadata through the incorporation of digital tools. This workshop will hopefully pave the way for future collaboration amongst a wider group of researchers, both with one another and with the TVOF project team.

It was a great experience to be part of a workshop in which everyone present offered such useful input and engaged so thoughtfully with the themes of the project. We both learned about the richness of the materials and the variety of topics still to be explored in the Histoire ancienne. Being part of the workshop allowed us to hear about methodological questions and insights that we can fruitfully transfer into our own areas of study, and apply to our MA dissertation projects. It was fascinating to discover with what sophistication history was written in the Middle Ages, and what finesse it takes to understand the stakes of such an undertaking.