The extensive and complex manuscript transmission of the Histoire ancienne jusqu’à César is the focus here, both because of its origin and wide dissemination outside France and because of its centrality to the diffusion of ideas about European history and identity. The aim, on the one hand, is to produce digital editions of hitherto unedited but widely disseminated material that was highly influential for Western Europe’s construction of its own past from the mid-thirteenth century through to the mid-fifteenth; on the other hand, to reflect upon method. How does a consideration of language and geography impact upon our understanding of a text’s evolution through time and how in turn does this affect how we choose to edit a text? We are producing digital editions of two key manuscripts of the text: Paris, Bibliothèque nationale de France, f. fr. 20125, possibly made in Acre in the second half of the thirteenth century and one of the earliest surviving witnesses, and London, British Library, Royal 20 D I, the earliest manuscript of the so-called second redaction made in Naples in the 1330s.

In collaboration with colleagues at the Dictionnaire Etymologique de l’Ancien Français, we are lemmatising the text in both manuscripts using a digital tool called Lemming. The results of lemmatisation are available on the edition's Search page.

Alongside the editions, our digital Alignment offers a paragraph-level analysis of the contents of a select number of manuscripts from the tradition.

To: History and literature in the Middle Ages 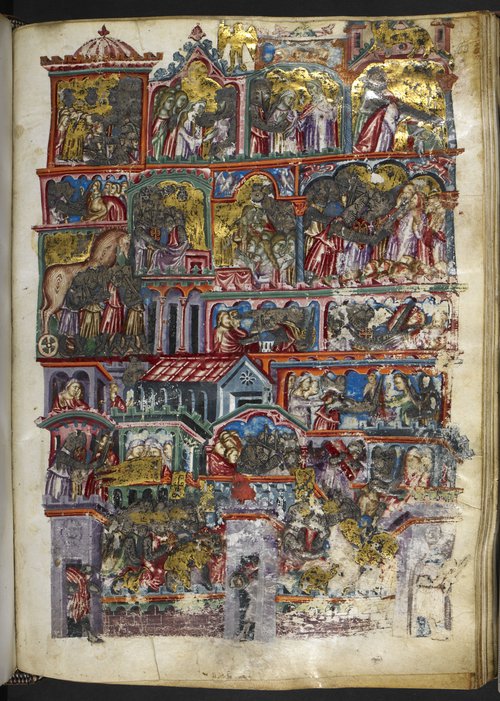